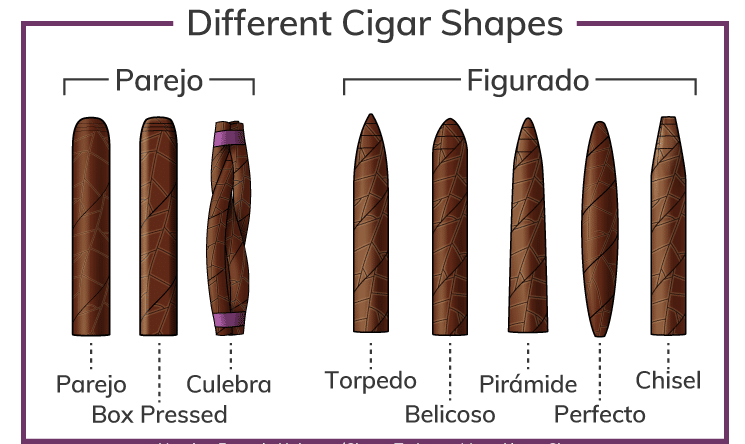 Cigars come in a variety of shapes and sizes, which are often referred to as Vitolas. Each of the different formats offer varying smoking experiences, in regards to a cigar’s fullness and the overall burning time.

Furthermore, the various cigar formats are often very differently priced, which can make it confusing when choosing your first cigar. Therefore, it’s helpful to know the different sizes and shapes before you start making purchases or building out your collection. In this definitive guide, you will learn about the different shapes of cigar that you can buy.

Depending on a cigar’s physical appearance, it is either called a parejo (straight edged) or figurado (irregular shaped).Parejos are the standard cigar shape: straight and smooth, with a classic rounded end to be clipped before smoking. Figurados, on the other hand, can come in many shapes, ranging from the torpedo (with a pointed smoking end) to a perfecto, which is almost like a double torpedo.

Has a square-shaped finish. Although first frowned upon, box-pressed cigars have garnered quite the following.

Box-pressed cigars were originally introduced as a way of saving money. Instead of spacing out normal Parejo cigars in a box, they were pressed and crammed into a smaller one so more could be transported.

As a result, the cigars developed a square shape under the pressure. However, by being tightly packed, the cigars would actually burn longer and provide a consistent flavor.

Meaning “snake” in Spanish, these oddities have existed since the late 19th Century. They are achieved by effectively braiding three Panatela Purejos together.

Although something of a novelty, the manufacturing process isn’t simple. In order to make a Culebra, the roller must be sure that the tobacco is moistened more than usual to prevent breakage under pressure.

Rather than smoking all three at once, they can be separated and traditionally shared among friends. However, if you’re feeling brave, it is possible to smoke them as a single cigar!

The most common and universally-recognized Figurado shapes are the following:
• Torpedo
• Belicoso
• Pirámide
• Perfecto

Sometimes used as a term to refer to all Figurado cigars, Torpedoes have their own specific shape. Typically, they feature a sloping and tapered head that curves into a point.

Often mistaken for Torpedoes, Belicoso cigars can be differentiated by their sharper taper. Named because of its resemblance to a bullet, Belicosos are something of a hybrid between Torpedoes and Parejos.

Instead of featuring the domed head of a Parejo, a Belicoso has a slight point, which makes it possible to customize the draw.

Usually referred to as “Pyramids” in English, Pirámide Cigars are tapered all the way down the body. This makes them thicker at the foot than at the base of the head. Otherwise, they feature a cap very similar to a Torpedo.

An entire family within itself, Perfecto cigars have their own variations. Generally, a Perfecto cigar has two tapered ends on both the head and foot.

In Cuba, they’re typically referred to as either Exquisito or Double Figurado cigars. Sometimes both are capped with flag leaf. However, the foot may be open with a bump at the end. Alternatively, they can appear to be relatively symmetrical with the same pointed shape on each end. 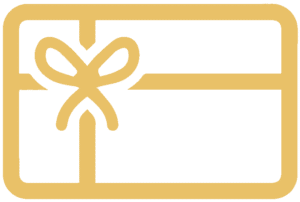