The Foundation For A New Concept

At the beginning of the century, El Septimo launched a life-long project: to move away from tradition that limits the quality of the world’s most important brands, and instead offer consumers something new: the best cigars in the world, developed by cigar connoisseurs and master blenders.

Tired of the same lackluster flavors, premature stocks, low-level manufacturing, lack of detail and quality control, and the widespread downgrade of Cuban crops, the El Septimo team decided to start from the beginning.

The first step was to find the best raw materials: the perfect tobacco leaf. Boosted by the growing demand for cigars across the globe, intensive farming already had a catastrophic effect on the stock and depleted soil used by traditional brands. So, it was urgent to find new soil.

Years of intensive research and visits to arable land around the world made the El Septimo team conclude that they needed to create their own supply from their own plantation. It would be the only means to get the standards they had previously agreed upon. As a result, the team found the ideal place to begin the process in the lush mountains of San Jose, Costa Rica.

What Our Cigars Are Made Of

In Costa Rica, the tropical climate, high altitude of 6,500 feet above sea level, and fertile soil create the perfect terroir. By adding the best seeds to the most gifted producers and winders, El Septimo was born.

With over 40 puros blends, El Septimo Cigars are hand-rolled with 100% long filler tobacco using the traditional Entubar Method, undergoing strict quality control. Oscuro wrappers are grown in a high-altitude proprietary process, giving cigars a silky texture with a rich, deep shade and flavorsome leaf. Collections differ on the blends of tobacco leaf, as well as the age of tobacco—ranging between five and fifteen years. El Septimo Cigars are completely organic, with zero preservatives or chemicals added, and are free of nitrosamines, tars, and impurities. While holding an El Septimo Cigar, you will instantly recognize the superiority over other known brands, as even the product’s packaging exudes El Septimo’s greatness.

Zaya Younan, cigar lover, entrepreneur, and CEO of Younan Collection, an international investment firm and manager of luxury hotels, golf courses, and resorts, acquired the business in March of 2019.

This acquisition has allowed the brand to redefine its objectives, strategies, and production process, thus achieving its mission of creating the best cigars in the world.

What was once just a visionary idea became an exciting concept of success. By listening to the stories and opinions of premium cigar smokers worldwide, El Septimo was able to create a one-of-a-kind experience.

The premium cigar and tobacco company continues to break boundaries by creating new products to meet and exceed the growing demand of premium cigar smokers. This is evident through the June 2019 launch of El Septimo’s Alexandra Collection: a line designed and blended exclusively for women, pairing perfectly with the unique sensations that women alone experience when tasting for the perfect cigar. 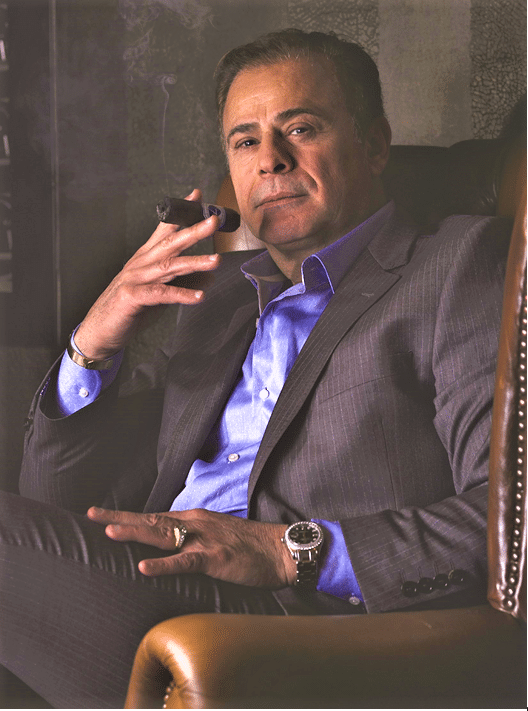 El Septimo is a name cited in exclusive groups and is a brand followed by faithful lovers who can find the premium cigars worldwide. El Septimo’s customers describe the aging cigar as having a superb construction, excellent burn with a rich, creamy flavor, and a distinctive, yet pleasant, aroma.

El Septimo symbolizes the seventh day of creation in which God rested and appreciated his work, creating a unique smoking experience that represents the joy of living and being here, in this exact moment.